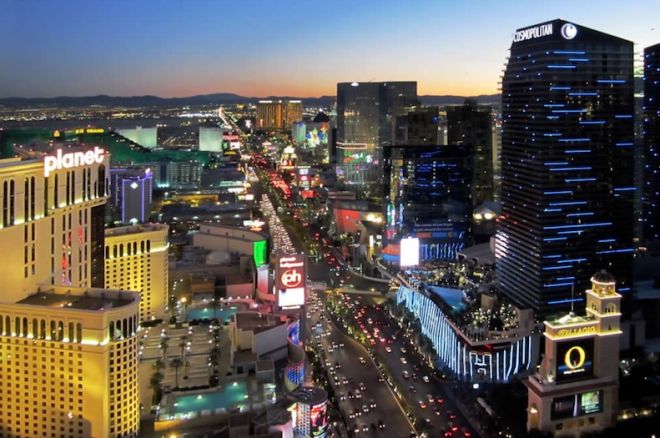 In an article we posted in November we gave you a shortlist of poker rooms worth checking out while in Las Vegas.

What surprised us while in Las Vegas was the growth in an already saturated environment that has an abundance of poker rooms.

The 35 million people who visit Las Vegas every year have more options than ever before. 53 card rooms with almost 700 tables make Las Vegas the metropolis based on the game choices and volume of play.

Being the envy of the rest of the Strip is Caesars Palace with 62 tables, making it the biggest room in Las Vegas.

Following closely behind is the Bellagio and The Venetian with 39 tables and Binion’s with 38 tables. Binion’s began hosting the World Series of Poker in 1970 and up until 2005 it was the largest poker room in Vegas.

Further down the list we have The Orleans with 35 tables, the Mirage with 30 and Wynn with 26.

The Green Valley Ranch and the MGM have 22 tables each and with the Red Rock currently at 20 tables.
Just to give you all the facts though, the undeniable king of poker is the Commerce Casino in Los Angeles. With a total of 240 cash game tables and tournament tables make this poker room the biggest in the world.